Destroying the career in football 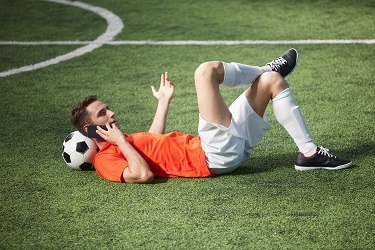 Founder and CEO since 2013 of the Allmedgroup Corporation Business strategy leader, CEO, CFO of multiple companies in the United States, Europe and Latin America. "...by profession a Doctor and Lawyer, by vocation Writer, interested in Altruism and Developer of technologies and by birth: Visionary, but I would like to be considered as a Permanent Entrepreneur" CEO of the L&M INTERNATIONAL FOOTBALL CONSULTANT. Author of the books The Football Industry and the Footballer's Guide Book

Every day we see dozens of soccer players who want to win important positions within teams or societies, soccer teams that want to grow and media that want to gain greater prominence, this vision makes us think that everyone is focused on getting there, but very few care to stay, which for our criteria as FOOTBALL MAN is the most important thing.

How to get to a place is the result of work and that is the subject of another publication, but how to stay requires more work and being a true strategist in this industry, and on the latter we are going to concentrate in this article.

Let’s start by saying that:

1. You do everything the wrong way.

2. Minimize the impact of reputation.

Sometimes we think that our work speaks for us, but that is false, nowadays what they say about us is the work we do. So that we can minimize what they talk about us, but what we do is try to cover the sun with our hand, all you do is not look at it for a moment but it exists all the time.

3. You are useless and become a problem for everyone.

They begin to put your reputation first over your mission in the team and that you are only doing things for the money, that creates an image of selfishness and that you generate a terrible environment for everyone, and if something goes wrong in the team, at The first thing they will look at is the footballer with the worst reputation.

What is bad is very often understood as contagious, hence it is well known that the footballer is not only attributed his mistakes but also those of the people who are close to him, considering him as the rotten apple that is contaminating the rest. of people with their bad influence.

Losing your reputation or damaging it not only harms the opinion of the common people but of people who know football where there are few who risk their own reputation referring to the footballer, it is well known that this lack of references speaks of the poor quality of the professional in resisting attacks on your reputation.

The bad reputation is NOT erased with isolated actions, this is seen as inconsistencies that are interpreted as desperate attempts by a loser to cover up his mistakes. Hence the importance of having a plan, please do not improvise, things can get worse.

Return Home$
Share This
Open Whatsapp
1
Powered by
👋 FÚTBOL MAN greets you.
We are your help in the soccer industry.